My friend tells this joke about us going to Goa, and starting a life there. Over the years, I noticed that she was not joking about it anymore, and instead was expecting a serious reply every time she asked me that dumb question. “When are we going?”. Now, here’s the thing. I don’t know what I would do in Goa. I could sell underwear. Nothing much to it, really. Just demonstrate how good the elastic is, and there you go, you’re an underwear salesman. This would mean I would have to get another job to make ends meet, probably something on the creative side, like a drummer for a progressive rock band, or if all else fails, a stand-up comic. All these years I’ve been trying to tell jokes in English to a Hindi-speaking audience, so that I could blame the crowd for my failure to get laughs. Why not try it out on a beach? So, going back to the whole ‘moving to Goa’ thing. I’ve seen pictures of it, beautiful ruins, sandy beaches, and attractive pubs. Looks like Dorn, from Game of Thrones. It’s a very likable place, I’ll give you that, but every time she asked me this question, I would come up with an excuse. “I haven’t saved enough money to do that sort of thing”. “I’m moving to Canada”. “I have an irrational fear of happy endings”. Something like that. Fortunately, a world wide pandemic has put all those plans on hold indefinitely. Every time I watch a Reddit live, there’s always someone with a camera, in a foreign land, travelling from city to city, exploring life. I’ve got the guts to do it, but not the balls.

What is Kumarakom, and how do you find it? Easy, you get a map, burn it, and go where the ash takes you. You see, the main reason why I’m blogging today is because I was ghosted by a very attractive woman. I spent 3 hours on a boat with my best friend (very hairy) who is getting married this week. We watched little baby ducks play in the water. It doesn’t get more manlier than this.

Now here’s a question. Is the title of this post a click-bait, or are you just a closet-pervert ?

Trying to maintain an anonymous blog is tricky. For example, people can pinpoint your location, to the very latitude and longitude, using metadata from the pictures you upload to the internet, unless you remove geo-tags from your pictures. I have nothing to worry about because the only people who are after me are angry redditors who can’t admit puppies are cute. Anyway…here’s how I spent my Sunday:

Here’s a video for you to get a feel of this South Indian paradise.

The Apartment Life is a new series we are trying out, where we bitch and rant about the perils of living in an apartment. Everything from clogged drains to shitty Wifi is covered. Enjoy. — Send in a voice message: https://anchor.fm/randomthoughtbeam/message

So I took the day off, and left for the hills

Over the years, I’ve realized that, the moment I start to fuck up my life, a whole new level of appreciation for nature emerges out of nowhere! I’ve heard people say that travelling helps clear the mind. I don’t agree with this. I think it helps to bring clarity to your thoughts. Plus, travelling is exercise one way or the other. So it’s quite natural that you feel better after travelling. I’m no scientist, just saying.

To quote the great poet Bruce Dickinson, Run To The Hills.

I spent an afternoon at a monastery, with very calm, friendly monks. I sat with them, discussed life, politics and Lady Gaga. I ate soya bean, rice, tofu, spinach, carrots, beat, noodles and corn. I felt my stomach try to reject all that vegetarian goodness, probably because it wasn’t used to pure vegetarian food.

I am now on twitter. My handle is @randomthoughtbe

Loneliness has started to creep in. So I welcomed it like an old friend, and then took it to the park, because if there’s one way to beat loneliness, it’s to drown it in a sea of people. Lucky for me, it was one of the weirdest parks I’ve ever been to. Prepare for pictures that no one asked for. 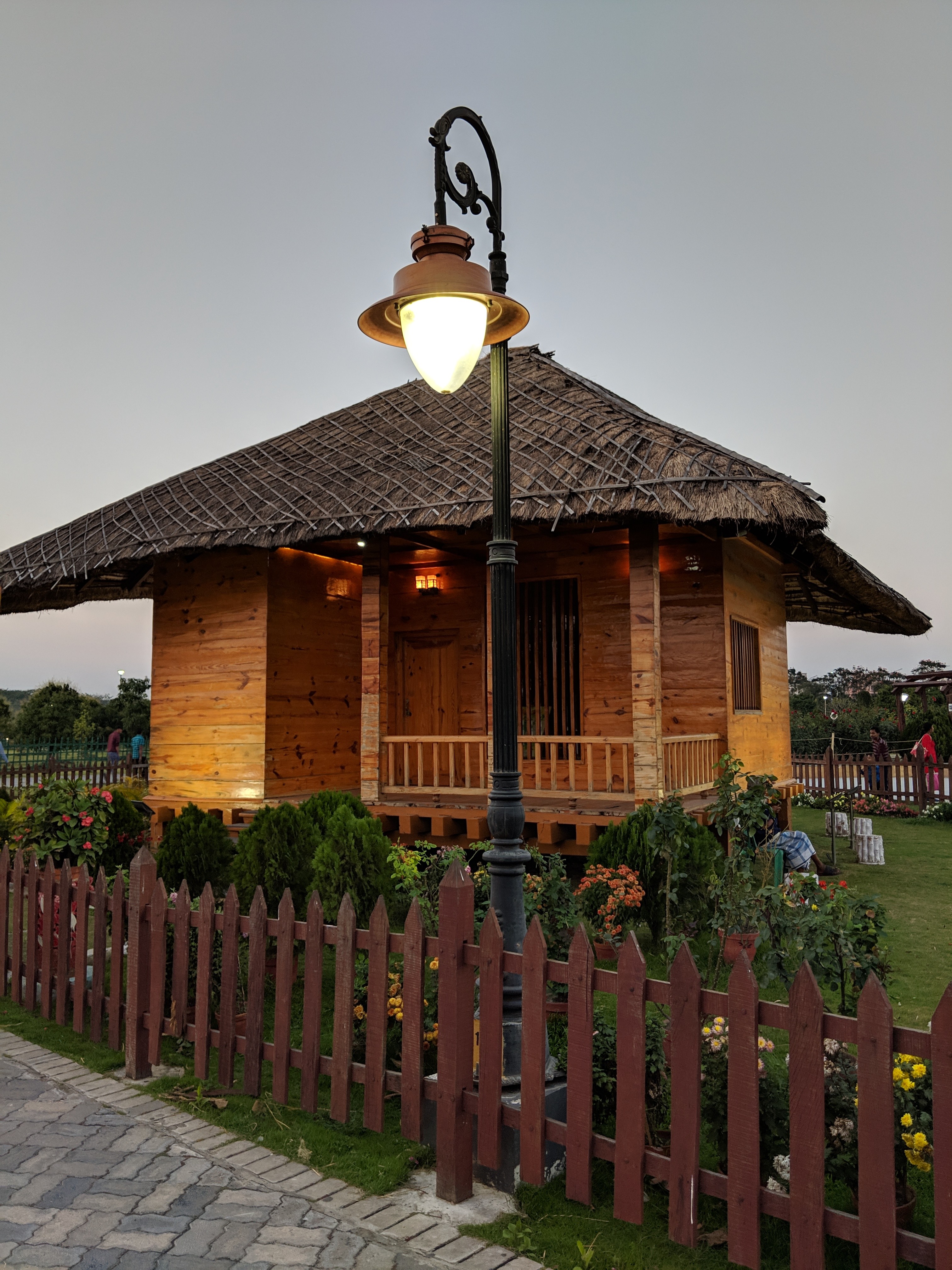 Random cottage in the middle of the park, that doesn’t let people in, hence the fresh look.

Unlucky visitor who got turned to stone by park authorities when she tried to leave the park. #parkfears

Some of the visitors were captured by park authorities before they could leave the park. They are now forced to smile at new visitors.

“They gouged my eyes out and turned me into stone, but they gave me a cap. I kinda like it here now. It’s better than my desk job at Cisco”. 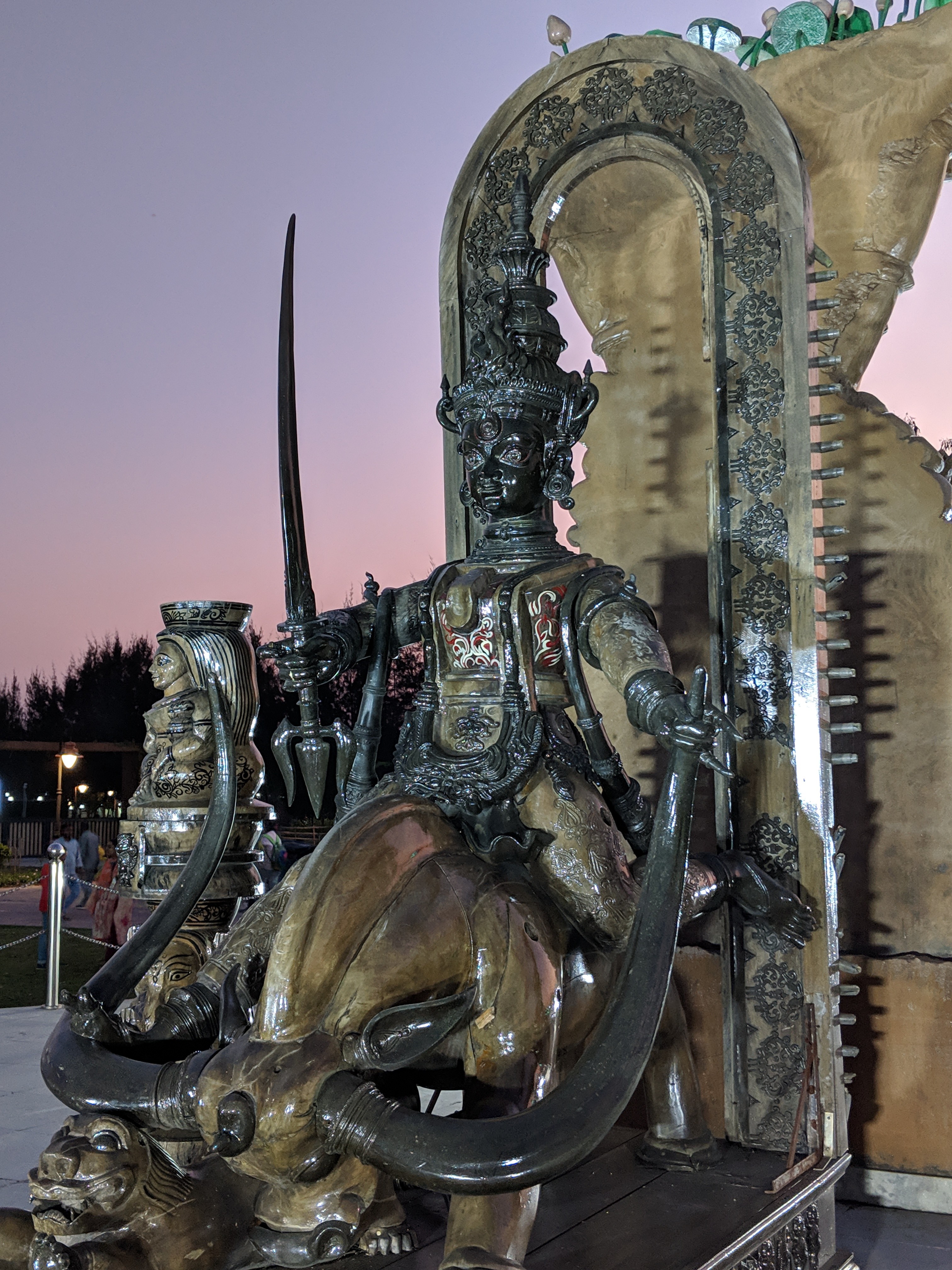 Some of the visitors who were captured tried to revolt against park authorities. They went full-on war mode.

Oh, then there was Egypt

It’s a Sunday evening, and I’m at a random charity event(as you do), waiting for the free food to arrive. While aimlessly wandering through the building, I met a very enthusiastic gentleman. Dude just wouldn’t stop talking. He was so excited to meet me, and talk to me about his little dream. He said he’s the founder of an organization that helps fund the education of underprivileged children. And I thought to myself,” well…this is it. If I ever do something good for society, it’s going to be this”. The talkative man invited me to come visit his village, and that’s what I did. This past weekend, along with a friend, I made a trip, far, far away, to the village of “exciting changes”. I was in an adventurous mood for the whole trip. I felt like a mountaineer. I felt the oxygen drop as we travelled further, but soon realized that it was my fat body trying to resist exercise. Plus, we weren’t near any mountains. So, I get there and meet up with the talkative man. He offers to take us to the homes of the students who he’s supporting. So, we went to meet the families. One of them was a family of farmers.

At each house, as soon as we reached, these young minds, these little beacons of hope, came out to greet us. Those were the students. We met each and every one of them personally, talked to them about their hopes and their dreams. I observed the relationship between the talkative man and the parents of the kids. They treated him like a God. This frightened me a little bit. So while returning home, I turned to my friend and asked him, “you think he’ll rape these kids?”. “I don’t think so”, he said. “I think he’s just an honest guy who wants to give something back”. 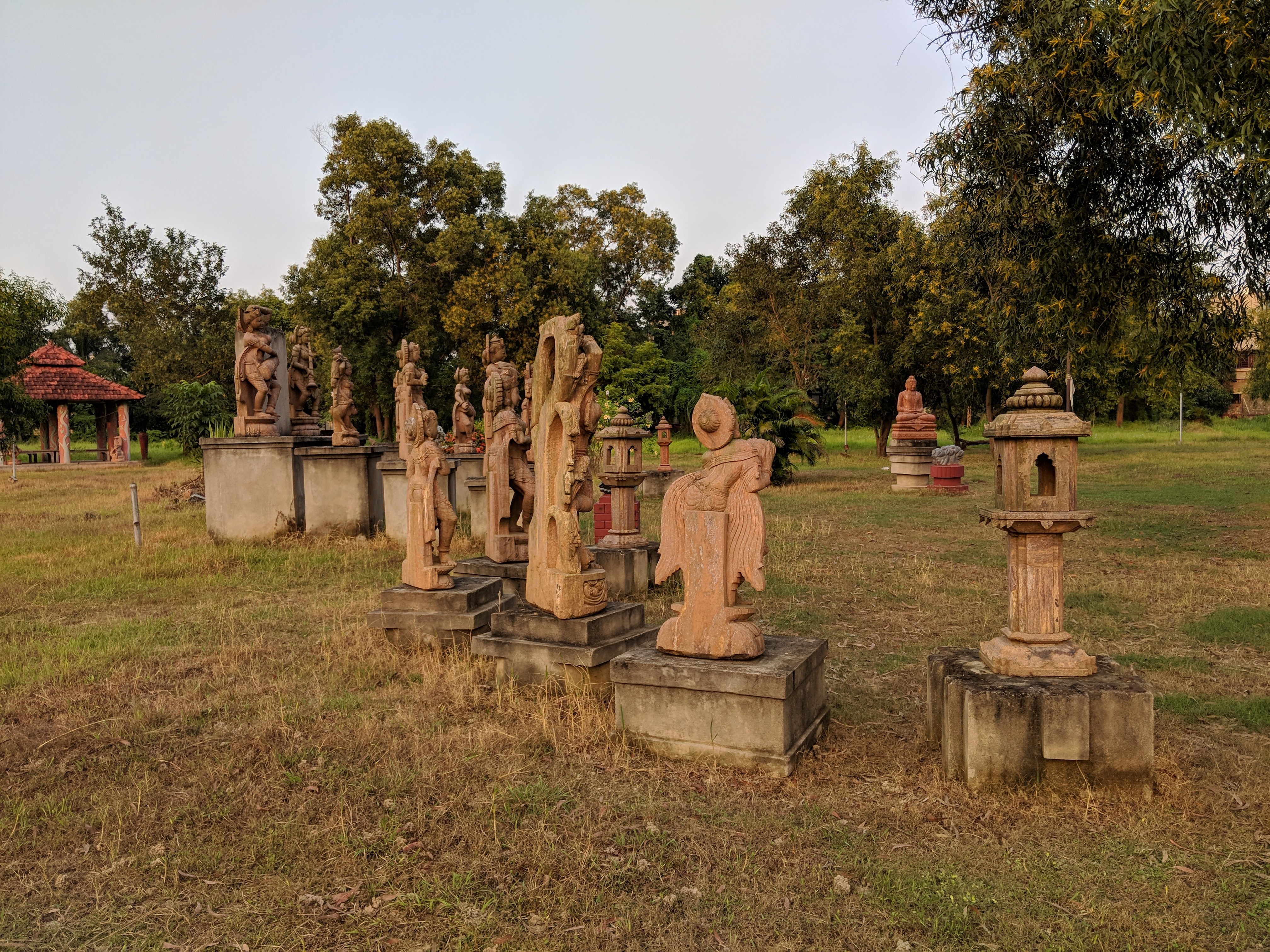 These sculptures were built by people before me, at a different time, at a different place. They thought differently, they ate differently, they fucked differently, or maybe they didn’t. Did they build these sculptures out of devotion? Or did they build it for money? What did they do with the money? What did they do to relax? What was their life like? How did they live without a phone? How did they order food? If I went back in time and met them, will they accept me into their society? Or will I remain a recluse there too? Did people suffer from depression back then? What did they do to cope? How did they deal with death? Was it just a funeral, and then move on? What was friendship like? If I made them listen to Megadeth, will they stone me to death? How about Deep Purple? Everyone likes Deep Purple! Will they dance to Deep Purple? Will they like a burger? How about ice cream? Movies? Will I fuck up their mind? Tinder? How about Tinder? What if I show them pictures of outer space? Will they teach me something I don’t know? Like, how to read people’s body language? I would love to get a beer with someone from prehistoric times.

Sometimes I look up and wonder if life is out there lurking beneath the surface of moons. Then I go get drunk and discuss personal issues with people who I don’t really know that well.