As a social recluse, I am a big fan of peace and quiet. This is one of the main reasons why I like my job. It involves spending quite a lot of time in special noise-free environments known as anechoic chambers. The best thing about working in such environments is that it encourages you to think about life’s most important existential questions like will there ever be a movie as good as Back to the future? or what’s the point of shaving everyday? or why don’t I have any friends? As you can see, my imagination is one of a kind. In order to keep it fresh, I like to visit places that stimulate and relax the brain at the same time.

One such place is a planetarium. I think everyone needs to visit a planetarium at least once in their lifetime. It has the power to inspire, to awe, and most important of all, to give you an understanding of your place in the universe. I go to my nearby planetarium whenever I feel down and in need of inspiration. When the lights go down and the stars come out my heart starts to race. I am so fascinated  by the unknown that I cannot explain the level of excitement I experience every time I visit the planetarium. It is my escape, my safe place, my one ray of light, my one ray of life.

My aunt is the youngest of five children. I’ve heard my mom say that she was a little ‘different’ right from the beginning. She was a curious, open minded, no-bull-shit, type of person. She had a progressive outlook towards everything. Most importantly, she always got me the coolest presents for Christmas. She worked hard and settled down in the United States of America. She would come visit us every now and then. I used to enjoy talking to her about the cultural differences, education system, religion and society in general. The last time she came to visit, she brought up the topic of race. It appeared as though she was having trouble with a certain ‘race’ of people. She said,” I am a firm believer in equality but something definitely needs to be done about ‘these’ people”. It was at this moment that the voice in my head went, “Uh-oh, this bitch racist”. But with love. I gave it a lot of thought. How could someone like my aunt be racist? How can such a caring, open-minded and forward-thinking person be so fucked up? Most importantly, how do I make her realize her mistake while still maintaining the influx of Christmas presents?

Imagine you have the ability to fly. You decide to go for a ride. You go straight up through the roof of your house. When you look down, at first, you will see your house, maybe some familiar faces, trees, mountains, etc. As you go higher, you will start to see not-so-familiar places, familiar shapes of countries, continents until suddenly, poof! After a few layers of clouds, everything you have ever seen will fit into a tiny blue ball called Earth. Make sure you don’t fly away like Sandra Bullock in Gravity. Speaking of Sandra Bullock, damn! she’s attractive. According to the great Carl Sagan, the Earth, when viewed from so far away, makes one think about how insignificant we are in the awesomeness that is the universe. The time frame of our very existence on the planet shows us how irrelevant we are in the history of Earth itself. It makes you wonder. What’s the point of all this anger, envy and hate? When the camera zooms out and shows the Earth shrink into nothing but a pale blue dot, you suddenly realize that we are one big family.

Now, the problem with viewing everything from outer space is that everything you’ve ever known starts to drop in value! One would wonder what’s the point of anything. Who knows? Maybe in a billion years our whole galaxy will cease to exist. Then what’s the point? Even if that were the case, I wouldn’t want to die a bad person. I want to be good to everyone. People often say “don’t you want to be remembered for doing something great?” Honestly I don’t give a fuck if people don’t remember me. What really matters is that I want to die with a feeling of accomplishment, a feeling of happiness. And being nice to people is the way to do it. Let me explain by taking it a step further.

Lets imagine you make an effort to help better someone’s life. It could be a friend, a neighbour or even a total stranger. By helping them out you might actually end up changing their life. Who knows? They might do the same thing for someone else. This cycle might continue even after your death. In short, your good gesture might transcend the boundaries of space and time. Isn’t that mind-blowing? I’ve heard scientists say that gravity can ‘travel’ through space and time(this is the cue for all the interstellar nerds to start jizzing their pants). So, is an act of kindness as powerful as an elemental force of nature, like gravity? If each one of us wields such awesome power, then why don’t we just create meaning for our lives instead of so desperately trying to find it? 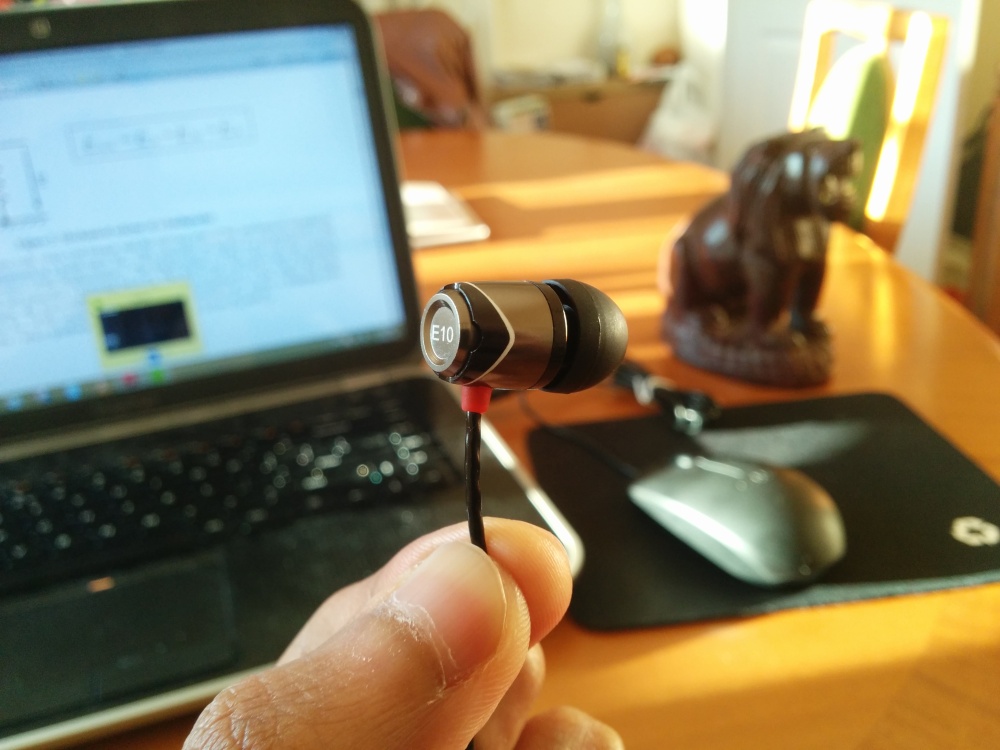 I sometimes shut off the world with these magical instruments. I feel different when I wear them. I feel safe. Reality fades and emotions takeover. I escape.

After a while, I take them off. I return to a refreshing reality. Somehow everything sucks a little less after that.